The Department of Church Growth (DCE), which has the services of Evangelism and Christian Education, youth, women and family, is one of the five Departments of the Presbyterian Church in Rwanda. All activities done under this department are based on missionary extension in all provinces and districts of Rwanda. Accordingly, they are exercised at the level of the Central Office, and others are exercised at the level of Presbyteries, Parishes, and basic ecclesiastical communities (Amatorero y’ Ibanze).

The Church Growth Department is responsible for organizing different activities such as the Commemoration of 1994 Genocide against Tutsi, Evangelical Campaigns, training of different categories (Children, Youth, Women, Men, and Old People), Raising the resources and means for the Scholarship of Pastors at various Theological Institutions and different levels, and Empowering Pastors continuously. In addition, it is in charge of funding church constructions and presbyters. 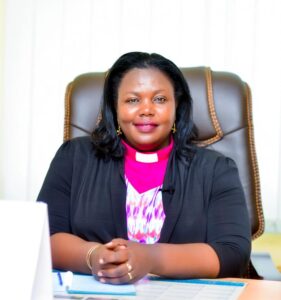 The Presbyterian Church in Rwanda, through its Church Growth Department, has put effort into evangelism as a crucial mission of the Church. In this regard, it organized the evangelization campaigns at the national level named “NDATUMA NDE,” which is translated as “whom shall I send” (Is. 6:8). The campaigns were carried out from 2013 to 2019 in 7 presbyteries that make up the EPR. In the first campaign held in Remera Presbytery in 2013, the EPR launched the evangelization fund.

Each annual evangelization campaign was led by a theme as presented below:

The “basic ecclesial community” is an entity that is closer to church members within the Presbyterian Church in Rwanda. It is constituted by the members of the Church residing in at least seven (7) neighboring families. It is chaired by a committee of 4 people, including a man, a woman, a youth, and a representative of children. Members of the basic ecclesial community meet weekly to study the biblical and thematic teachings prepared by the EPR. This entity experiments and executes the programs and activities of the Church. Moreover, it actively contributes to the creation of new missionary communities and parishes, strengthening social works, mediation in case of conflict in families, initiation of tontines, savings and credit banks, and small income-generating projects. By September 2022, there are 3573 basic ecclesial communities at the level of the whole Church. 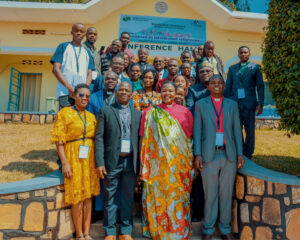 The youth seminar – Central Africa Region was prepared by the Cevaa, took place from 03th   to 09th   july 2022 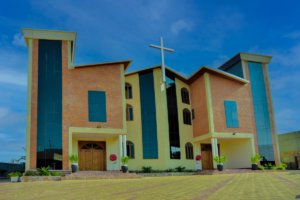 The Church in its mission of evangelization has built modern temples.

Parish Kicukiro one of the parishes that make up Kigali Presbytery, is already finished. This good deed comes from the 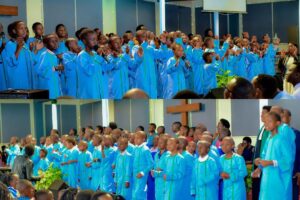 The Church Growth  Department  has the services of evangelism and Christian education under its responsibilities. Teaching and accompanying children through 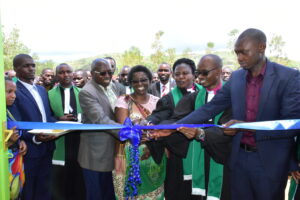 On 10th November 2019, there was an Inauguration of the Mutuntu parish, one of the parishes that make up Kirinda